TPP 48: The Achievement Treadmill (The Contentment of Enough) 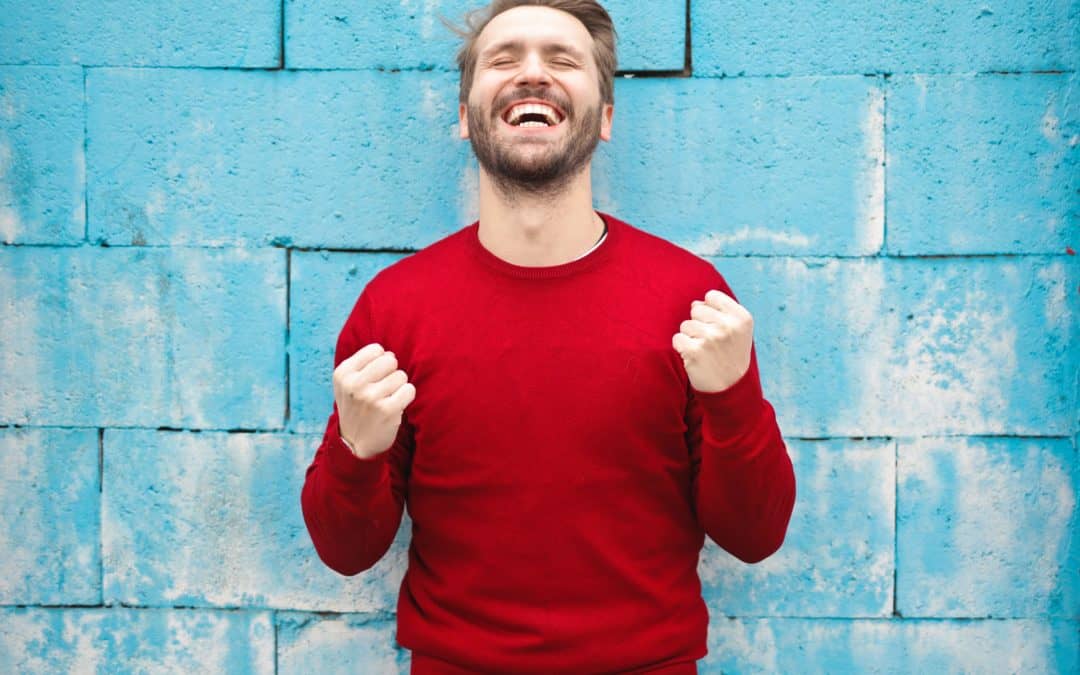 TPP 48: The Achievement Treadmill (The Contentment of Enough)

What does it mean to be content? To have enough?  How can you find happiness in life? And enjoy the journey, instead of constantly focusing on the goal? The objective?  The end result to make us happy? That’s what we are going to tackle today.  The art of having enough.

I just returned from visiting one of my best friends in the whole world. His name is Simeon, and he was my college roommate and he also happens to be one of the best human beings I know.

Every time that I am around Simeon and his family, they bring a certain amount of perspective to my life that few can.  Simeon and his family live in Nairobi Kenya where he and his wife work at a school for international students.  About 20% of the students are missionary kids, which is how Simeon grew up – as a missionary kid – and the remaining 80% of kids hail from some 50 different countries from a variety of different backgrounds, cultures, and religions.

One thing I love about being around Simeon is that each time, I am reminded of what true contentment in life looks like.

And this isn’t because Simeon has wealth beyond imagination.  Or because he has many accolades and awards to his name.  Or that he is well-known. He doesn’t even drive what most would call a nice car or live in a large house.  He isn’t a member of a country club or a high position in the organization where he works.

In fact, he pretty much has none of those things.  And I have almost all of them.  Yet, Simeon is the one who has consistently and whole-heartedly been able to find contentment, while I’ve struggled through burnout, depression, and a lack of self-worth.  What is the secret to his contentment?

The reason is that Simeon has something in spades.  Something that many of us search for, but never find.  It is what we all want, but rarely ever find.

Never Enough with our Mindset

It is the idea that when we “arrive,” things will get better. So, we push and we strive to get to our end goals. To our accomplishments.  Our achievements.  Yet, when we arrive, we find that happiness and contentment are short-lived.

Yet, each step along the way, we find that the contentment, satisfaction, and happiness we have been looking for is nowhere to be found.  All despite “arriving” at our goals and achievements.

And this makes so much sense, right?  You cannot become a physician without an insatiable appetite for progress and betterment.  Yet, it is this constant drive for progress that prevents us from truly enjoying life and finding contentment when we arrive.  We are always onto the next goal.

The arrival fallacy is the catalyst for our achievements, accomplishments, and accolades never being enough.

Never Enough with Our Money

In the personal finance space, we see this in the Diderot Effect.  For those not familiar, a struggling philosopher and author named Denis Diderot.  After a Russian Empress took to liking his writings, she purchased all of his encyclopedias and also gifted him a very fine red robe.

He didn’t know it at the time, but this scarlet robe would lead to his ruin.  Diderot would later write about this in his essay called Regrets on My Old Dressing Gown.

Diderot starts by asking a simple set of questions about his old robe, “Why didn’t I keep it? It was used to me and I was used to it. It molded all the folds of my body without inhibiting it; I was picturesque and handsome.”

The reason he is bemoaning not having his old gown is because the new scarlet robe led him to believe that a person in such a fine gown deserved other finer things, too. Like the new desk and the ornate clock he buys.

In the end, he ends up buying many other things that lead him into debt and financial ruin.  All because the gown made him believe that he needed more.  And more. And more.

This is the exact same phenomenon that occurs when a physician buys their first attending home. Then needs an attending car. And private school for the kids.  Designer clothes. And all of the other finer things that an attending physician should have.

What Diderot and many physicians – including myself at times – have lacked that my friend Simeon had in spades was knowing the art of having enough.

What is Enough for a Physician?

Epicurus, a famous philosopher and stoic, famously said, “Nothing is enough for the man to whom enough is too little.”

There is a lot to be learned from Epicurus.  If we can never find gratitude and contentment in what we already have, then we will always be searching for more.  Just like Diderot.

We have already pointed out that “arriving” does not produce the contentment. So, if getting to financial independence isn’t the answer. And going part-time or changing jobs isn’t the answer either.  Or becoming a partner or full-professor…. Then, what is the answer?

Having enough.  Right now.  And you likely already do.  You just haven’t stopped to realize it.

The constant need to feel better, to find progress, to move toward a goal has prevented you from ever enjoying the journey and the process.  What if you stopped to realize that you already have everything you could ever need?  Even without the accomplishments, the recognition, the money, and the fame?

This idea of having enough as the answer to our contentment is pervasive.  In fact, it is riddled throughout all of the major religions.

What Faith Has to Say About Contentment

Lao Tzu (pronounced Lao “Chew”) – the ancient Chinese philosopher and founder of Taoism, says it this way, “When you realize there is nothing lacking, the whole world belongs to you.”

Even Buddha said that “contentment is the greatest wealth.”

Yet, contentment seems the hardest of all things to find.  If you think that any amount of fame, money, or pleasures will ever be the point at which you “make it”.  That you have arrived.  And that it will provide you contentment, you will be sorely disappointed.

And – as a busy physician and entrepreneur – this has plagued me at times.  I have an income that anyone would define as a high-income earner, yet this hasn’t brought me joy.  I’ve had business partnerships that other would be envious of in the online space. There have been awards and accolades and recognition.  I’ve published books. Invented medical inventions. Been a sought-after public speaker… and yet, none of this has provided the contentment that I’ve sought.

Any happiness that has been brought by any of these experiences has been fleeting.  And, in fact, my attention has been immediately placed back on the next thing to be accomplished.  To get to that next hit of dopamine to make my lack of contentment go away.

…but it turns out that – for those of us who achieve – there is no end to what can be achieved.  And so it turns into an arrival fallacy that I like to call an Achievement Treadmill.  I can run as hard as I want, but the achievements will never get me to my goal of being content.

Yet, we constantly tell ourselves lies about our goals.  Ryan Holliday said this really well in his book and captured the essence of my struggle over the past couple of years well when he said, “We work so hard for our families that we don’t notice the contradiction – that it’s because of work that we never see them.”

My hard work and achievements are my way of buffering my discontent.  But, the harder I run, the more tired I get. And I get no closer to my goal of finding the contentment that I seek.

How can I find enough?

Yet, enough doesn’t come from running harder on the treadmill. It comes from stepping off of it.  From noticing what and how much you already have.  From knowing that you are living out your life’s calling.  It comes from having enough and enjoying the process of living a life where the goal isn’t having more, but in enjoying the journey.

This is a common coaching topic for our clients in the Alpha Coaching Experience. Helping them define what “enough” means for them.  And pointing out that their arbitrary goals that they think will make them happy are up to them.

What does it mean to work enough?  To make enough money?  Lose enough weight?  To have a big enough online business?  Or to work out enough?

All of these are up to use to define.  And only you can define what enough means for you.

Operating from The Contentment of Enough

The natural worry for many physicians and entrepreneurs listening to this is the realization that – when you finally understand and believe you already have enough – that our hard-working nature will go by the wayside.  Yet, this couldn’t be further from the truth.

There is a beautiful place in life where we operate not out of anxiety. Or from discontent and scarcity that we will never have enough.  But from where we make our decisions from a place of stillness knowing that life is about the process and the journey.  And that we can enjoy what we already have – knowing that it is enough – while we fulfill our life’s calling out of a place of abundance.

This is when you can know true contentment and joy.  Knowing that no matter what, whether you are full or hungry. Whether you have much or little.  Regardless of whether others recognize you or not, that you have more than you could ever ask for. That you have enough. 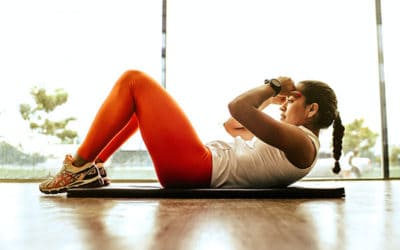 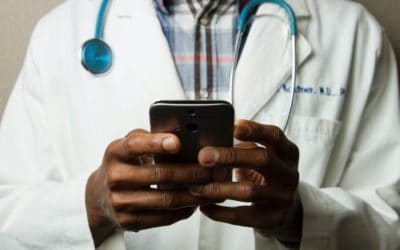 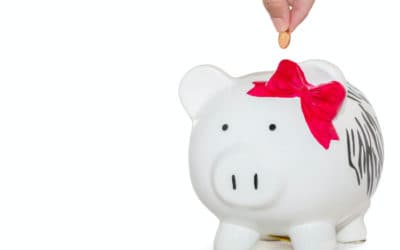