I still remember exactly where I was when suicide first touched my life.  It was 2 am two days before Christmas when I received the call from my mom.  I can’t explain why, but I knew immediately.  And ever since questions now flood my mind:  Why do people end their life? Why do doctors kill themselves? How many doctors die by suicide each year?

It had been a normal day at first.

My aunt, a perioperative nurse who was more like a sister to me than an aunt, asked my uncle to buy her some creamer since they were running low that morning.  She went to church that day, taught a Sunday school class, and went missing thereafter.

My family, including my wife and two kids, were supposed to come stay with her during that Christmas holiday just a few days later so that my aunt and my extended family could meet my newborn son.

The Details Come Out

As the details came out, I started to realize that I had been in the dark for a long time about the struggles my aunt experienced on a daily basis. Mental illness can create a stigma that prevents people from asking for help.

She had previous bouts of depression and, apparently, serious battles with prescription drug abuse.

On the day that she ended her life, she went to her job where everyone was off for the day (it was a Sunday).  She found some midazolam and fentanyl.  She got high, walked around the empty hospital, and died by suicide in her office with the very drugs I use to take care of people every day by administering herself a general anesthetic dose of propofol and succinylcholine (a paralytic medication).

To say that losing my aunt in this way devastated my family and me would be an unacceptable understatement.

Two years later, I received news that a woman I worked with in Student Government while in medical school also died by suicide.

She was in residency, just like me at the time.

This hit close to home, too, particularly after experiencing my Aunt’s death.

I began wondering what I could do to help prevent this pain for those I am around on a daily basis?

Do Doctors die by Suicide?

In fact, in that same time span (2000-2014) 66 residents abruptly ended their life.  Rates for depression in resident physicians range from 21% to 43% with one study finding that 21% of interns experienced suicidal ideation.

The fact is that this has always been a serious issue.

Unfortunately, this is not an issue that is experienced in residency alone as the rates of depression and suicide in practicing physicians occurs at a more frequent rate than in the general population.

How Many Doctors Die by Suicide Each Year?

That’s a doctor a day.

Some believe the increased rate of suicide in attending physicians is attributed to the fact that, while physicians struggle with all of the same mental illnesses as other people, because of their presumed success in the eyes of others they may have a harder time asking for help.

Mental illness affects us all.  We either struggle with it personally or have family, friends, or loved ones that do. It is important that this topic not go on ignored or undisclosed.

Do you remember the first time you had a family member get diagnosed with a terminal illness, such as breast cancer?  Maybe heart failure from an MI (heart attack)?  What was your immediate reaction to that person?

I know what mine was: Sympathy.

We, as a society, often fail to remember that the brain is an organ just like the heart, lungs, or kidneys.  Like those other vital organs, the brain can also become diseased.  Mental illness is, in fact, a disease.  One that can be treated.

However, it has to first be diagnosed, not judged.

Why do doctors kill themselves?  Often because they don’t want to be seen as weak for needing help.  Others because of stigma.

In fact, one study showed:

Only 1/3 of medical students experiencing burnout seek help often because of self and public stigma associated with seeking help.

So, how to do we help those that are afraid to help themselves? Most importantly, we have to be aware of those around us.

Have you noticed your co-resident or co-student feeling down?  Do they look burned out? Have they lost interest? Started drinking too much?  Maybe they look tired all the time or overwhelmed?  Easily jaded?

Some of the above are clues to a potential depression diagnosis.  The first step in helping is asking the person, “Are you all right?  It seems like something may be wrong?“

I’ve never known anyone to get mad at this question.  In fact, they usually appreciate it because it means you are paying attention and that you care.

If you or someone you know is experiencing burnout, depression, or suicidal ideation please seek help!  One of the most important aspects of this is that people realize that you are NOT alone in dealing with their struggles.  There are people who care and want to help.  Help that will not affect your career trajectory or cause disciplinary action.

One of the most helpful resources for medical students and residents experiencing depression can be found at the AFSP (American Foundation for Suicide Prevention). They also have a helpful video (below) that really does shed light on the issue.  Take the three minutes to watch it.

Additionally, some medical schools (Some examples: Saint Louis, UC San Diego HEAR program) have also started to develop curriculum specifically focused on the mental health, well being, and wellness of their residents.

Why Do Doctors Kill Themselves? Be A Part of the Solution.

Be present with those that surround you.  Check in on them.  Then aim to learn more and be a part of the solution.

If you are struggling, please ask for help.  The weak thing to do isn’t asking, it is avoiding getting the help.  Your life is more important than anything else.  There are many people who want to help you.

Do you or a loved one struggle with depression or burnout?  Has suicide directly affected your life? Are you paying attention to those around you? 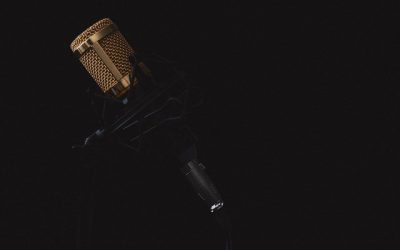 5 Examples of Bad Financial Advice from Dave Ramsey (for Doctors)

Many people hail Dave Ramsey as a financial guru. He is a bit of a lightning rod, though. Particularly in the physician world where he provides terrible financial advice for doctors. Don’t believe me? Here are 5 examples.