Why FIRE Shouldn’t Be Your Focus

It seems like the financial blogosphere is being engulfed in conversations about FIRE these days.  Yet, I’m not singing the same tune, because I don’t like the focus on the “RE” aspect of FIRE.I’ve noted before that I’m not the biggest fan of FIRE.  Before you throw me to the wolves, there are some compelling reasons for my views on the subject.

The acronym stands for Financial Independence Retire Early. It is spreading like wildfire among physicians, and many other communities.

In fact, financial independence has become so intrinsically linked to early retirement, that the two are inseperable in some minds.  Recently, someone told me they’d heard complaints that I talk about early retirement too much. I found this hilarious given the number of times I’ve written on this blog against sharing early retirement.

I’ve written about those views on other blogs, too, including Physician on FIRE’s blog! If I’m not a fan of the “RE” aspect of FIRE, do I hate the whole thing?

Uh, no.  Not even close.  I love the idea of Financial Independence (FI).  Who can go wrong with financial independence? It puts the “free” in freedom, and I believe that FI has the power to save our burned out doctors.

I talk about financial independence because it has the power to provide financial freedom.  It gives you choice. Now, that could mean the ability to retire if you want. For me, it’s not about retiring, because I love practicing medicine and plan to continue doing it.

Yet, the early retirement rhetoric can be unhelpful for many.  Particularly our friends who are still in training, or early in their medical career.

In my academic anesthesiologist gig, I spend a lot of time teaching medical students, residents, and fellows. Talking about retiring before they even begin their career takes away from their current experiences.

How can they enjoy each step of their journey if they are so worried about reaching a destination that is 10-12 years away? That will only introduce the feeling of competition and comparison, which in the end only creates stress and discontentment.

The Escape Hatch to Burnout

The other side of the story must be told, though.  Solid financial decisions can provide a way out, if we need it.   The story of the burned out doctor is becoming all to common.  Burnout is now running rampant in medicine.

The effects of burnout and moral injury are very real. Symptoms include apathy, cynicism, and feeling a lack of accomplishment for our work.  How do I know?

Because I’ve been burned out myself.  And I’m not the only one.

Consider a doctor who is just starting out. They are buried in student loan debt and struggling with a new job.  Add unecessary administrative tasks that take away from patient care time. They are still working incredibly long hours.  Administrators are unsupportive as they start to learn the hospital won’t always love them back.

Whatever the reason may be…they may start to suffer from burnout.

That’s when Financial Independece can become the escape hatch.

The light at the end of the training tunnel isn’t always as bright as it seems.  In fact, it can straight onto the well-travelled road to burnout.

Part of the problem is that we all get used to living a life that is broken into three to five year epochs. There is always a goal in front of you.

The first incentive is to finish your training. But you get there, and then you need something else to keep you going. The next hurdle is starting your career. That turns out to be more demanding than you imagined.

Then the burnout begins.  Maybe this explains why 50% of physicians in their first job decide to make a change within the first five years.

When this burnout begins, know that there are other choices.  And these choices are often provided by financial freedom.  You could pursue Partial FIRE, change jobs, locums tenens, or even consider finding a physician side hustle.

Early retirement isn’t always the answer, though.  Sometimes, a change may make all the difference.

Honestly, one of the problems with full FIRE is the “all or nothing” perspective that many take.  There is nothing wrong with purusing financial independence and continuing to work.  Particularly, for physicians who find meaning and fulfillment in their job.

Focusing on early retirement can steal today’s enjoyment.  While I could squirrel away every dime in order to be able to retire at age 40, instead of age 42 or 44… that would likely lead to a life of misery for my family and me.

Instead, I’ve chosen to extend my career through Partial FIRE.  In other words, I’ve decided to optimize my time at work so that I have better work-life balance.  With more time off, I am potentially delaying my retirement by a year or two, but I’m also enjoying my days and weeks more.

With this shift in mentality, I can enjoy today while we also prepare to enjoy tomorrow.  I don’t want to miss my kids when they are young. Those are years I can never get back.  Yet, I don’t want to be working because I have to when I am 50 or 60 years old.  I want to be practicing medicine because I want to practice.

All that said, I’ve got no problem with doctors who want to retire early.  In fact, I’ve written in defense of the doctor who wants to retire early in the past.

The problem is with focusing on that early retirement at the beginning of the journey.  While it can prove to be an escape hatch for doctors who are burning out, it can also serve to fan the raging flame of burnout, if we aren’t careful.

Do you plan to retire early?  Are you early in your career?  Has this impacted your job satisfaction or perspective?  Leave a comment below. 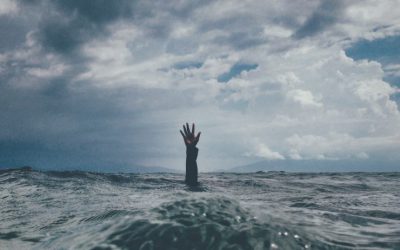 How to Stop Feeling Overwhelmed

Feeling stressed out? Is your to-do list wearing you out. Keep on reading for how to stop feeling overwhelmed! 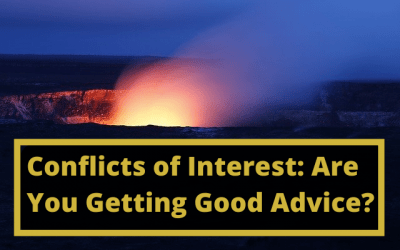 Conflicts of Interest: Are You Getting Good Advice?

All that many want is good financial advice, at a good price, for the least conflict of interest. That can’t be too hard to find, right? Not if you know what you are looking for… 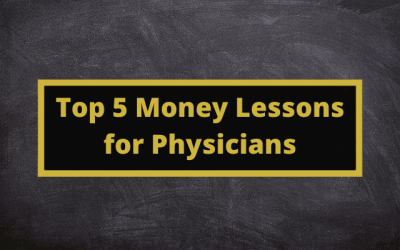 Distilling personal finance into its most important topics can prove challenging. What are the top 5 money lessons you need to learn? Come find out.