The Stretch IRA. The Best Inheritance

Editor’s Note: As of 2020, the max time you can stretch an inherited IRA is now only 10 years.  Prior to this, it could be stretched the lifetime of the person inherting the money.  While the benefits discussed in this post still hold, it isn’t for as long as it used to be.  TPP 10/19/2020.

Everyone has different goals when it comes to leaving money for their heirs.  For example, the White Coat Investor aims to give money to his kids in their 20’s and during college while a lot of what is left at the end will go to charities.  Others decide to leave money at the end that will be available to their children (or grandchildren) at an older age.  One of the best ways to do this is through a Stretch Roth IRA.

Today, we are going to dive a little more into that topic and see what it’s all about, and if it’s right for you.

The Basics of a Stretch Roth IRA 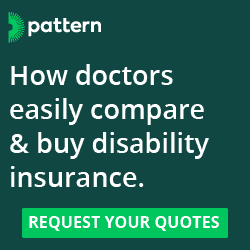 Unlike pre-tax contributions, Roth contributions are made post-tax.  This has some benefits.  Namely, Roth investments experience tax-free growth and it remains tax-free when you take it out.  A Roth decision is a decision to pay the tax up-front.

It is usually recommended as the last source of money you touch in retirement.  This if for two reasons.  First, Roth money is not impacted by required minimum distributions (RMD’s) when you turn 70.5 years old.  Second, Roth IRA money provides the best kind of money to leave to your heirs because of the ability to turn it into a Stretch Roth IRA.

What is a Stretch Roth IRA?

A stretch Roth IRA is an IRA that you give as an inheritance to someone.  This provides some awesome benefits that a standard (pre-tax) IRA does not.  Let’s walk through them and then discuss some math to show how cool it is for those inheriting this money.

First, remember that with Roth money, the tax has already been paid prior to investing the money.  Therefore, even your heirs will not have to pay tax on it as it grows.  This remains true for when they take it out, too.  It’s tax-free, which is pretty cool.

There is one important distinction for your heirs compared to Roth IRA money that you contributed yourself.  While RMD’s do not apply to you (or to your spouse if they inherit it), RMD’s do apply to any others inheriting your IRA. The RMD is determined by the life expectancy of either the person who died or by the beneficiary inheriting the Roth IRA.  The younger they are, the lower the RMD.  Regardless of age, they must take an RMD.

This sounds like a bad thing, but imagine it from the standpoint of the person receiving this money.  Every year they would be given an RMD payment to use as income.  This income would not increase their tax burden (it’s tax-free).  The rest of the money would continue to grow (tax-free).  This is pretty awesome, if you ask me.

That heir could take that monthly money and use it for expenses or to allow them to invest, which they would be doing because you taught them about money when they were kids.  It is wealth that begets wealth.

Facts about Stretch IRA’s you need to know

Before we get to some helpful examples below of what this might look like, we need to discuss some facts that you must know in order to take part in a Stretch IRA.

The person receiving the inheritance must make the decision to stretch out the IRA by December of the year AFTER the person they inherited it from dies.  If you don’t elect to do this, you will be forced to take out all of the money out in the five year’s after the original owner’s death.

Fact 2a: RMD’s are Determined by Age

While RMD’s must occur the year after which the deceased die, the amount of the RMD is determined by the beneficiary’s age (unless the person who provided the inheritance was younger). The younger the beneficiary of the stretch IRA, the lower the RMD.  This leaves more money to grow for a longer time.

I find examples to be helpful.  So, let’s think through a few here:

Example 1:  The grandpa on Roth FIRE

Let’s say that you decide to FIRE (Financial Independence and Retire Early) at the age of 50. Your 28 year old daughter just had a baby girl who is age 0.  Five years later, you and your wife face an unexpected early demise in a car accident.  (Morbid, I know, but this post is about inheritance money).

You decided to convert your 401k to an IRA when you left your employer and designated your granddaughter (now she is 5 years old) as the beneficiary, because she is the youngest grandchild in the family.  You had $2 million dollars in this account.  Under this assumption, the money will continue to grow at 6%.

This is how it works out for the granddaughter.

Remember, that’s tax-free because grandpa already paid the tax. Based on this inheritiance IRA RMD calculator, if she doesn’t take out any more than the RMD each year, it will grow to a max of $16,000,000 by age 65.  At that peak, her RMD will be approximately $1,000,000…which is still tax-free.

Hopefully, she will be investing the majority of that and it’ll continue on for the next grand-kid in the family.

Maybe those numbers seem astronomically high.  For others, let’s include a more typical situation.

Let’s say that grandpa worked til age 65, and didn’t know as much about personal finances.  Or let’s say he worked a modest job that was not high-earning.  This grandpa retires, and again he dies 5 years later at age 70.  The inherited IRA he is giving his 30 year old granddaughter is worth $500,000.  This was, again, Roth money.

Despite leaving only $500,000 in that second example, the inheritance still provides a significant supply of money.  And yet none of it raises the taxes of the granddaughters.  It is provided as tax-free income to be spent or invested.

And it all continues to grow tax-free via the Stretch IRA.

I’d love to hear other thoughts on this.  It’s a great big topic, and certainly important.  Do you plan to leave money to your heirs?  Spending every dime? Giving it away to charities?  Some combination?  Let us know below in the comments.