A new golden rule? The Doctrine of Charity

I remember sitting in one of my philosophy classes in undergrad when I heard a new golden rule for the first time. While full of good ideas, I had written a paper that was also full of ambiguous statements. In a field of logic and rhetoric this can be a problem. Well, it would be a problem if it weren’t for the Doctrine of Charity.

Wellness Wednesday: The Doctrine of Charity

Charity is defined as “the voluntary giving of help, typically in the form of money, to those in need.” While charity via giving money is a good thing (and one we encourage!) it is not the only form of charity. Charity can be given through a variety of mechanisms to “those in need.” One way is through the Doctrine of Charity.

The idea is simple. Whenever you are interacting with another person you “assume the best possible thing” that other person is saying/doing/writing. Here is a common example about why grammar matters where the doctrine of charity could be applied… Utilizing the dotrine of charity, “Let’s eat Grandma” would mean the same thing as “Let’s eat, Grandma.” We all know (or hope) that you did not, in fact, want to eat your grandmother. We could apply the doctrine of charity and assume that you meant to be telling your grandmother that you wanted to eat your food.

While the idea seems simple, practicing the idea is less simple. However, practicing the doctrine of charity is rewarding. It gives you more control over your emotions and a chance for others to explain themselves. In general, interactions with people at home and at work are much smoother.

How does this work in real life? To give some examples, here are three real world suggestions of how to use the Doctrine of Charity in your ever day life: 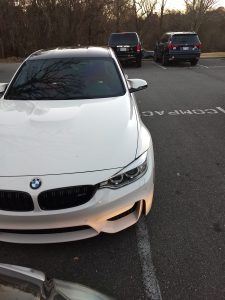 This person may really love their BMW and didn’t want anyone parking next to them (what a jerk!). Or, I could assume that they simply didn’t realize they parked over the line in a “compact car” space.

When an angry colleague comes at you, this can present a challenge. In my world as an anesthesiologist, this angry colleague is normally a surgeon. “You are cancelling my case? How can you cancel my case?” or…. “Why haven’t you gotten started on my patient yet? We are going to be delayed to the room.”

Here, the doctrine of charity is helpful. When people come at me in a hot mess spewing angry venom, there is usually something else going on. It can be extremely disarming to employ the doctrine of charity and ask “Is everything okay? You seem really upset?” The idea here is that you are searching for a more rational reason that the person may be upset. It is probably not about being five minutes late to the room.

Don’t get me wrong. If the above doesn’t work, there is nothing wrong with putting your foot down and telling it how it is. I find that usually works better when you’ve already taken a second to make sure the other person knows you actually care about them as a human being first. The above comment followed by “Hey, we are working as hard as we can to get your patient in the room on time. I understand you are upset, but there is nothing I can do about it” usually gets the job done well.

I don’t know about you, but for being a pretty friendly and happy guy, I can sometimes get some pretty serious road rage. When people drive in the left lane going slower than cars in the right I think “The left lane is for passing! Get over!!!” or when someone uses the hazards when it rains and then decides to change lanes “Hey idiot….you know your blinkers don’t indicate anything when your hazards are on, right? RIGHT”

The doctrine of charity has existed under many names. My wife used to call this the “casserole principle.” It would go something like this: “Baby, calm down…that car driving really slow could be carrying something fragile! Like a casserole that they are bringing to someone!”

My wife is applying the doctrine of charity by presuming the best of the situation and the person driving the car that seems to be driving no where except for driving me crazy.

Ironically, there is almost no one in life that we are more likely to be short on patience and mercy with than those that need it most often: Our family and close friends. It is not uncommon in my house for someone (ahem, me) to think they can read other people’s minds and tell others why they are saying/doing what they are saying/doing.

When someone says something that seems really offensive to you, the doctrine of charity can again be applied. An example with my daughter: “Sweetheart, I thought I just saw you push your brother down. Did I see what I thought I saw?” Or “I think what you meant by ‘I didn’t play for long enough’ is ‘Thanks, Daddy, for letting me play!”

This may seem ridiculous, and maybe I am the only person this happens to, but I am often surprised how my perspective of something is incomplete or wrong. There is a chance my little girl was actually trying to catch my little boy as he was falling, but it looked to me like she was pushing him down.

The point is that it doesn’t create a strong relationship to be accusatory. It is much better to let the person realize their mistake on their own. People don’t typically need a lecture when they’ve done wrong. They know it. Additionally, people aren’t very apologetic when they’ve been accused of doing wrong. Ask them about it. Let them fix it. Show them some grace through the doctrine of charity.

What do you think? Do you use the Doctrine of Charity or something similar? Are you an old-fashioned golden rule (Treat others as you would be treated) kind of person? How do you cope when others seem to be acting irrational or rude? 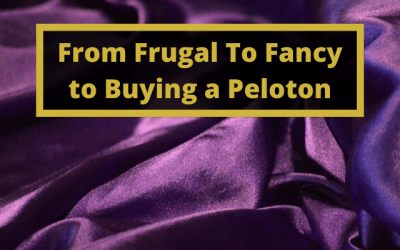 From Frugal to Fancy to Buying a Peloton

Would you believe that my wife and I bought a peloton? Are we crazy? Did we just join a cult? Come find out why I thought it was okay to go from frugal to fancy, and when you can do the same! 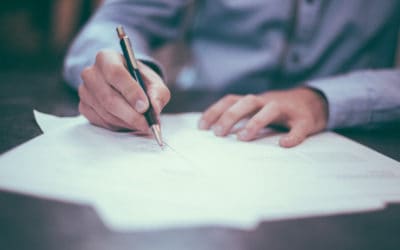