Let’s bring you back to my roots as a philosophy major in college.  Everything in philosophy is about “isms.”  Some of them are religious philosophies like Buddhism and Judaism, or pluralism versus monotheism.  Others are political in nature  like communism or fascism.  Today we are going to talk about another “ism” that dramatically impacts our ability to build wealth and achieve early financial independence: American exceptionalism.

Before you click the “back” button away from this site, stick with me for a second and you might learn something about yourself that you didn’t already know.

American exceptionalism is rooted in the idea that most Americans think that our country is a special place and very different – and better – than all others.  In fact, many people call it the greatest country in the history of the world.  You probably don’t have to think back too far to remember a presidential candidate who recently won an election on the premise of “Making America Great Again.”

The implicit theory behind MAGA is that America deserves to be great and that recent leaders have failed us on this mission, which led to a lesser America.  The assumption is that we needed to be great again. Why?  Because we are America.

However, this kind of thinking has extended far beyond national pride in recent years.  It has had multiple down stream effects that have incidentally changed the way we view ourselves and many others around us.

Why?  Because we all want to be special little snowflakes that deserve attention, exception to the rule, and to be noticed.  You might think I am throwing darts, but its the truth.  We just have to admit it and recognize how it makes us weak.

1. Everyone wants to be Nostradamus

Think about the following phrases:

People say things like this because they want the adrenaline rush and recognition for being the one who “got it right.” Everyone likes picking the winner. Why do you think dog racing and lottery systems exist?

We all want special recognition.  We don’t stop there, though.  Everyone is driven to be the best.  If someone else wants to be better, it’s American to want to crush them, because being average is never enough. We want to be exceptional.

The sad truth is that when we realize we are average, we feel like failures.  It’s a hard truth to accept in our culture.

2. The Average Market Return Is Not Enough

If you’ve read this site for any amount of time, you know that I believe in passive/index fund investing.  The reason why is that it is a “set it and forget it” method of investing.  This allows us to focus on our work responsibilities and gets the worst enemy of success in personal finance – ourselves – out of the way.

Every now and then, you will come across someone who doesn’t accept the idea of efficient passive investing.  Usually their reason is that they want to pick winning stocks or find the financial “guy” (or girl) to help them beat the market.

For the American Exceptionalist it is unacceptable to have the average market return.  They want to brag about their wins and flaunt them, in spite of the fact that their wins will soon revert to the mean. They won’t talk much when that happens, though.

Unfortunately our distaste for all things average is not where our exceptionalism ends.  Not only do we not want to be average or accept the average market return; we actively seek to out do everyone.  Average?  Hell no.  I want to be exceptional!

As we saw in our Tale of Two Doctors: Dr. Jones loses badly.  It’s a fact.  Not an opinion.

Yet, we all have the natural tendency to want to keep up with the Joneses.  We want their cars. Their house.  We assume that our kids must be under-educated in public schools.  It’s natural human inclination.

Keeping up with the Joneses is rooted in American Exceptionalism where we feel like we have “earned this” or we “deserve that.”  We are slow to remember the help we had along the way, and quick to point out how others deserve less than we do.

Wouldn’t it be grand if we all thought of other humans as equal, deserving, and important?  This cannot happen until we realize that we are no more special than the man or woman standing next to us.

Please, don’t misunderstand or misconstrue what I am trying to say.  I am not a communist, socialist, or fascist.  There is nothing wrong in my mind with trying to separate yourself from the pack by working hard and doing your best.

The point is that when this sentiment gets to the core of who you are and how you see people, you must be careful.  When we expect better just because we exist, why should we be surprised when we are constantly disappointed?

It’s okay to be average.  In fact, it’s probably best if you live below your means.  When you finish training, you should live like a resident.  This implies that the Joneses will someday be trying to catch up with you. It just might not seem like it right now.

Don’t be afraid to make things simple, to accept average returns, and to realize that a lavish life does not a happy person make.  You be you.  Nothing less and nothing more. 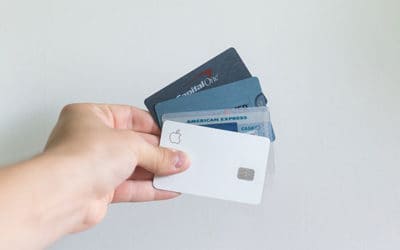 The fear of spending money

It’s okay to stick to our guns, but sometimes being frugal can make spending money an anxiety provoking experience. Do I have the fear of spending money? We bought a house. Am I a hypocrite? Come take a walk through my mind. 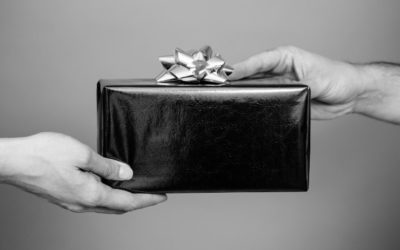