Alternative Minimum Tax (AMT): Will I pay the AMT?

The Alternative Minimum Tax (AMT) is an archaic tax law that was originally intended to make sure that high income earners were “paying their fair share.” As if the tax law was not complicated enough, the tax law experts thought it necessary to not only calculate your taxes once, but twice. The first time it is calculated through the regular methods (brackets, etc) and the second time through the AMT. Whichever is higher is the tax you pay. In years past, high-income earners were often hit with the AMT tax. Is that still the case? Will I pay the AMT tax? 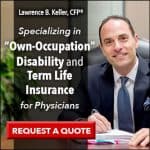 For most high-income earners between $100,000 to $600,000 the AMT really impacted their tax situation. It was not uncommon to have to send a $5,000 to $10,000 check for taxes. This came once your taxes were filed and it was determined you were going to get hit with the AMT. Now that the Tax Cuts and Jobs Act has been established, what does the AMT look like today? Let’s take a look at exactly that, and allow you to be able to determine it’s precise impact on your finances.

Hopefully, if you end up saving money on your AMT tax, you will consider investing it wisely. If you want to know the 20% of personal finance you need to know to get 80% of the results. Then, read The Physician Philosopher’s Guide to Personal Finance. It was the #1 Free Money Management book on Amazon, and maintains a 5-star review.

Speaking of taxes, make sure you aren’t paying too much tax next year! The pertinent portion explaining the AMT can be found on page 668 through 675 of this PDF (or page 145 to 152 as written on the paper version inside the PDF). In order to properly understand the AMT discussion below, you need to first understand some of the terms used in the tax law. If you are going to be picking up what I am putting down, you’ll have to read this brief definition primer. I promise that it’s not that complicated. This is AMT 101 stuff.

For 2019, the alternative minimum tax bracket is shown below. There are only two AMT brackets. Essentially, any income below $194,800 if filing married/joint ($97,400 if single) is taxed at 26%, any income in excess of this minimum is taxed at 28%. These adjust for inflation each year.

To figure out the numbers above you have to figure out your Alternative Minimum Tax Income (AMTI). This is different than your AGI because the AMTI allows for very few deductions. Here is how to get a rough estimate. Take your AGI and add back any deductions you took (SALT deduction, personal exemptions, home equity interest, itemized deductions, etc). If you want to play it conservatively, you could simply use your gross income.

The AMT exemption is the amount that you get to deduct from your AMTI prior to calcuating your AMT tax. Law prior to the new tax bill passing had this number at $84,500 (married/joint) or $54,300 (single). In other words this is the AMT’s version of a “deduction.” You get to take this off your total AMT income before calculating your tax.

The phase-out is the AMTI above which you no longer get the AMT exemption. In other words, once your income is “too high” they don’t allow you to take the AMT exemption (Remember “Exemption” here means AMT “deduction”). Before the Tax Cuts and Jobs Act passed in 2017, this was the portion that hurt high-income earners the most. The old law phased the AMT exemption (what you could take off your AMTI) out at $160,900 (married/joint) and $120,700 (single). Many physicians were well above this number, and so they were much more likely to have to pay the higher AMT tax because they couldn’t take advantage of the exemption.

As previously mentioned, you cannot “deduct” many items under the AMT. Deductions not allowed under AMTI: miscellaneous deductions, itemized deductions (including state and local taxes), medical expenses, mortgage interest, the standard deduction,and others. Basically, you don’t get any. This is why getting the AMT exemption matters.

What changes did the bill make to the AMT?

The house bill originally repealed the AMT completely (both the corporate AMT, which is not discussed here, and the personal AMT). In the conference agreement between the house and senate, they agreed to get rid of the corporate AMT and compromised and made changes to the individual AMT, but they did not repeal it. What were those changes?

Changes to The Exemption

This is a substantial increase, but the impact would have been minimal if nothing else was changed about the AMT law.

Changes to Income Phase Out

Fortunately, the bill also increased the phase out limits (or the income above which you do not get to take advantage of the AMT exemptions). The old phase out limits were mentioned above. For 2019, the new tax bill raises these limits to $510,300 for individuals and $1,020,600 for married/joint.

Will I Pay the AMT Tax?

Before, if you earned more than the phase out limits, which were quite low, you were likely to get hit with the AMT. You couldn’t take advantage of the exemption. The rules are the same, but the limits have been raised substantially. Again, the spirit of the law hasn’t changed: You pay the greater tax between the normal tax bracket system and the alternative minimum tax brackets.

You can calculate your new federal tax utilizing various online calculators (I recommend this one at CalcXML).

Here is how you would calculate your tax under the AMT. Here is how that works. If your AMT tax is less than the tax you’d pay under the normal tax brackets, you will not pay AMT taxes. The more you itemize, the more likely you are to pay the AMT because the AMT will not allow many of the itemized deductions people often take.

Here is an example. First, let’s make some assumptions. Let’s say that there is a married couple with no children filing a joint return who makes a total of $400,000 without any deductions. They make less than the phase out and therefore qualify for the exemption. So, here is how their AMT calculation would work. That’s not a lot of tax on $400,000. This couple is much more likely to pay a higher tax under the traditional tax brackets.

For the couple above, their marginal tax rate through the new AMT is just 19%. Under the prior tax law, they would have owed $108,104 in AMT taxes. In other words, a marginal tax rate of 27%. The new law has provided a profound difference for this couple. Even if this couple had to pay AMT taxes, the new tax law has saved them $30,632. The big reason why is because they now qualify for the exemption. Hopefully, this has helped you understand the differences in the new tax law. Will I pay the AMT? Probably not. You likely won’t either. Now, you know why. If you found this post helpful, make sure to check out the other high-yield posts for attending physicians here or the high-yield posts for residents here.

How much does the old law’s AMT impact you? Do you anticipate it effecting your taxes next year? Are you happy, sad, indifferent about the new tax plan?

TPP Note: I am not an accountant or tax law expert. Read my disclosure for more information.