The Doctrine of Charity

Did you know that most people turn into mind readers when they have been around someone for long enough? This ability to read minds is one of the most common reasons we argue at work and at home. Keep reading to learn where this comes from and how to fight back so you can learn to fight fair.

Today’s thought is this. When we do not have all of the details, our very powerful mind will fill in the gap with stories. This can lead to major problems, and the solution is to adopt what is called the doctrine of charity.

I want to keep a couple of fundamental truths, inside of your head that often collide in life and cause some major issues. Truth number one is that our brains are very powerful storytellers.

In life, when we have circumstances there are certain facts that we have, but we usually don’t have all of the facts. What our brain does is it will actually fill in some of these the gaps in the facts, with stories.

The second truth is, the longer and more often that you’ve been around somebody, the more you are probably going to have the thought that you can read their mind, what they were thinking, what their intentions were, because you’ve known them for 10 or 15 years.

And this fact with the other fact that our brain likes to fill in stories causes a situation that is often unhelpful in our lives.

The Three Features of Crucial Conversations

The goal of these conversations, as Brene Brown would say, “I’m here to get it right, not to be right.” In other words, it’s not about winning. It’s about showing up the way that you mean to show up and having a fruitful conversation. Where the two people end up still being in a good relationship at the end of it. So, focus on fighting fair and with facts, not with stories that we tell ourselves about the facts, because those end up causing major issues.

The Doctrine of Charity

How do you get around that our brains are powerful storytellers and that they want to fill in gaps in facts and stories in situations when they happen?

There’s something that I teach my clients called the doctrine of charity. I learned this from my philosophy professor when I was an undergrad. His name’s John Wingard. Dr. Wingard had this idea, and the way that he applied this was to philosophy papers.

As you can imagine in written word, and we see this all the time, where people’s words get taken out of context or they’re misinterpreted, not the way that the author originally intended, well, in philosophy papers that happens a lot because you’re talking about very big abstract ideas, philosophical principles of different philosophers, so on and so forth.

So Dr. Wingard had this doctrine of charity. For a philosophy paper, as a professor at a undergrad, the way that he used this was he was going to assume the best possible thing that you could have meant with the words that you wrote on the paper. So if they could be interpreted multiple different ways, he would interpret it in the best possible way he could because he wanted to be charitable to the person who wrote it.

The idea behind it is this: Remind yourself of the facts, not the stories that you tell yourself about the facts, just the. If it’s helpful, write down everything about a situation that you’re going through. Write out all of the thoughts, all of the things, and then go back and circle the facts. You’re going to find out that they are very few.

When you realize that, you’re going to say, “Okay, these are the facts. And all of this other stuff are thoughts that I get to choose to think. I can choose to think that I know what that other person was thinking, or I could ask myself questions.” Is it possible that they meant something different than what you thought they originally did?

When we go back and ask ourselves those questions and fill them in with other thoughts that those questions produce, is it possible that they meant something different than the way that you’re interpreting it, it immediately releases you from so much of that anger or frustration or whatever negative emotion you have going on.

The stories that we tell ourselves in between those facts to fill in the gaps, that is a choice. When you realize that you can choose to think a different thought and that that thought is going to result in you not being angry in that situation, why wouldn’t you choose that?

What if they meant something different than what you originally realized? What if you realized that you, in fact, cannot read minds? You do not know the intention of someone else unless they tell you.

Assume the Best From Everyone

It can be even very, very straightforward things like, “Hey, have you worn that before?” And then we make that mean, “Oh, they think my clothes are ugly,” when they’re honestly just asking you like, “Hey, is that new?” How you interpret everything that people say is up to you.

It is best to adopt the doctrine of charity, to assume the very best of people in whatever they say and whatever they do. And just to ask questions. “Hey, when you said that, what did you mean? When you did X, what was going on in your head? I’m just trying to understand what happened.”

When you ask questions and ask, is it possible that they meant something different than what you initially perceived it as, you will end up being a happier, healthier, and better partner, parent, physician. Many doctors I know want to create nonclinical income streams but don't know how to get started. Whether you're thinking about starting a blog, a podcast, or a coaching business, or you're trying to create a real estate empire,... 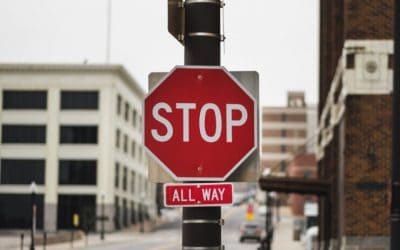 Finding A Way Out

What do you do in a bad situation? Obviously look for a way out! But sometimes it’s best fo figure out what makes the situation so bad in the first place. 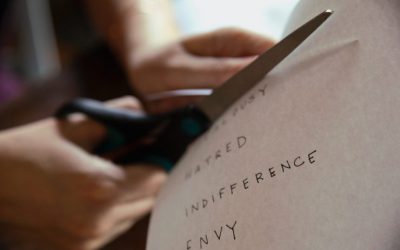 It Is All Your Fault

You have control over how you feel. Not your circumstances. Not anyone else in the world. How you feel is all your fault.