The Worst Money Decisions I Could Make

I’m all about open and transparent conversations, particularly about money.  I think it is helpful, and aids breaking the “taboo” nature about personal finance. I’ve spent time discussing my personal finance mistakes before on this blog (here and here).  Hopefully, you’ll enjoy hearing the mistakes of another prominent physician finance blogger, too, as POF outlines some of the worst money decisions he has made.

This post was originally published on Physician on FIRE.

Nobody’s perfect. I’m living, walking, occasionally limping proof of that. I try to do most things the right way, or at least what I think is the right way, but due to some combination of laziness, inexperience, or overconfidence, I often manage to goof things up.

Sometimes it’s just small stuff. Like leaving the remote in the refrigerator or bumping my head on the stinkin’ monitor suspended from the ceiling in O.R. 6 that’s inexplicably 5’10” off the floor. Gets me every time.

I sometimes make bigger mistakes. I went over the handlebars of my mountain bike at the pump track a couple weeks ago, landing flat on my back. The scars are healing, but I can still tell which finger I stuck in the spinning disc brake rotor 9 months ago, and I just got my e-bike back from the shop after I mangled the rear derailleur and cassette by shortening the chain too much.

My first broken bone (I’ve had quite a few) was also a bike’s fault. Or the jump’s fault. Or maybe, just possibly, 8-year old me’s fault. I guess I’ve made a few poor choices while on or in close proximity of bicycles.

When it comes to money, though, I usually make better choices.

The choices I’ve made put me in a position to afford an early retirement before my fortieth birthday. I opted to work part-time instead while plotting the exit strategy that will have me free as a bird well before my 45th birthday (I retired from medicine a few months shy of 44).

But even with money, I have made and continue to make choices that many would consider suboptimal. These are my top five money mistakes.

We acquired our current home in 2013 when interest rates were near all-time lows. At the time, conventional wisdom would suggest that we would likely come out ahead by taking out a mortgage loan and remaining fully invested in the stock market.

Hindsight shows just how right conventional wisdom turned out to be. Since November of 2013, when we sold some mutual funds to come up with the cash for our house, the S&P 500 (with dividends reinvested) has gone up about 102% as of January, 2020. More than doubled! Conventional wisdom, how right you were.

I made a similar decision when we purchased 7 acres of lakefront property last summer, and with any luck, will do so again when we build a home on it.

In spite of the math, I can’t say I regret these decisions. While I did miss out on some gains, real estate accounts less than 15% of our net worth, so it wasn’t a make or break deal. And while hindsight is 20 / 20, had the market taken a turn for the worse instead, we would have looked like visionaries.

I can say it does feel great to be truly debt-free and to be a rare “homeowner” who actually owns a home.

Once again, the math favors growing an HSA as much as possible as the Biglaw Investor recently pointed out. The optimal way to use an HSA is to invest as much as allowed each year, track health care spending, save and scan every receipt, allow the HSA balance to compound tax-free, and decades from now, withdraw a lump sum equal to the total of all those receipts.

I understand why that’s best. I actually adopted this strategy for a couple years, and I found it to  be a royal pain in the rear.

I don’t like scanning receipts and entering each one into a spreadsheet, saving the paper receipts elsewhere to cash in at some far away date. It’s a lot of effort for a sliver of optimization.

A lot can change between now and that later date, including the tax code or how it’s interpreted. I think it is pretty cut and dry as written, but the bigger risk is probably me. What if I’m no longer around at that yet-to-be-determined future date? Or I’m around but on my next trip over the handlebars, I land on my head and don’t know an HSA from an IHOP.

If we spend $5,000 from the HSA annually, and we look at that as shifting money from a tax-advantaged account to a taxable brokerage account, that $5,000 will be subject to a tax drag of about a half percent while working. That’s $25 per year and after I retire, tax drag could be next to nothing. To me, it’s not worth the hassle.

There is one smart play that I am making with the HSA. I never put any expense directly on the debit card that came with the account. I always charge our expenses to a credit card with excellent travel or cash back rewards. I then reimburse myself from the HSA; this nets me 1.5% to 2% or more, besting that smaller tax drag, and is totally worth the hassle.

Remember what The White Coat Investor said? One House, One Spouse, One Job. I’ve got the one spouse thing figured out, but have not done so well with the other two directives.

I’ve described in the past how our second home is one of our best investments. When you can pick one up at auction, it’s possible to get a heck of a deal, which we most certainly did.

It does cost money, though. We’ve got property taxes, association dues, utilities to pay, and we make the 10-plus hour drive each way four to six times a year (just completed one yesterday and wrote this post on the way). There’s also the opportunity cost of having cash sunk into a property that could otherwise be invested in the stock market.

We didn’t exactly spend a fortune on our other home, though, either. Now that we’re retired (from medicine) and traveling extensively, we like having a small home footprint. In the summer of 2019, we purchased and moved into a $90,000 home. I can’t say which is our primary home, exactly, as we’ll probably spend more time at the lake, but at least this one has a garage to keep our cars and crap.

Having a second home hasn’t made us wealthier, but it has given us the opportunity to spend more time with my wife’s family without taking over their homes (although we do that, too) and brings us close to friends we made when living nearby. Again, with this money mistake, I have no regrets. 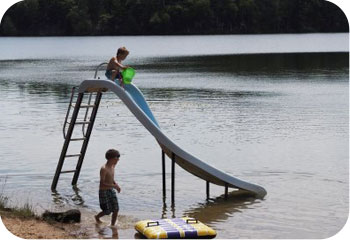 Another first. At least for the first time in more than ten years, we did not itemize deductions in 2018.

We obviously have no mortgage interest to deduct. Our combined property tax and state income tax deduction is limited to $10,000. The vast majority of our donations come from our donor-advised fund (DAF), and we’ve already collected the tax deduction on those.

With a $24,000 standard deduction for joint filers in 2018, we were about $14,000 shy of having enough deductions to itemize. We continued to donate some items we no longer need to the Salvation Army or Goodwill, but we would have been hard-pressed to come up with $1,400 in receipts for the year, let alone $14,000.

For some, itemizing makes no sense to do after the latest tax reform. If this site continues to be profitable, I’ll eventually be in a position to donate again to our donor advised fund, and I’ll probably wait to make another six-figure donation. The first $14,000 donated won’t receive any preferential tax treatment. [Update: We itemized again in the 2019 tax year after making the anticipated six-figure donation]

Am I really doing the wrong thing with money here? Not exactly. If you are planning to take the standard deduction, you might as well not have almost $24,800 in deductions (or $12,400 for single filers in 2020. This is where the bunching of deductions can make sense, which is essentially what we do with our DAF.

5. I am likely retiring early.

Make no mistake; this is a money mistake. A $10 Million mistake. And a mistake I’m happy to make.

I could probably continue as an anesthesiologist for another 25 years if I really had the desire. And if the future looks anything like the past, I could probably average $400,000 a year. $10 Million is a lot to walk away from.

I’ve gone into detail as to why I want to retire early and why I chose not to pursue the $10 Million dream. The closer I get to making early retirement my reality, the more I dwell on whether or not this is the path I want to choose. I’m not saying I’m questioning the decision. I am asking questions, but the answers continue to confirm this as the choice I’m ready to make.

I’m ready to sleep more, stress less, travel longer and farther, and to finally be in charge of where and how I spend my days.

I do feel I’ve had a great, albeit short, career as an anesthesiologist. I believe it has been the best doctor job for me. The job has its perks, but one of those perks is not autonomy. I spend my workday running from one place to another to meet the needs of many patients, surgeons, and nurses. I have no say in what happens or when. I’m at the mercy of the schedule and the unscheduled emergencies.

Of course, I may miss it. I know I’ll miss some aspects and I’m leaving the door open just a crack by keeping my licensure and certifications for a year or two after I’m done.

I’m also not walking away from earning money entirely. While I am donating half my profits from my online income, I do keep the other half, and that’s getting to be a decent sum. Eventually, I’ll retire from this, too, though. Probably plenty early.