Who is The Physician Philosopher?

My favorite superhero growing up was always superman.  I found it fascinating how he – after saving a falling school bus – could hide in plain sight with a comb over and glasses to protect his superhero identity.  At some point, though, everyone needs to admit to who they really are – and while you may not be Lois Lane today is that day for me.  Who is The Physician Philosopher?

Join along as we discuss why this blog was anonymous in the first place, the reason for coming clean now, and the direction that this blog will take in the near future.

Why Not Come Out From the Start?

There are many reasons why I started this blog anonymously.  Chief among them were two-conflicting facts: I am an employed physician at a big academic hospital and I have an outspoken, opinionated personality.

While my writing can sometimes have an edge to it, the truth is that’s how I am in real life, too.  To a fault, I am an outspoken, opinionated, and passionate person.  I am one of those people that others either love or hate – I just don’t see too many people feeling lukewarm about my personality.

Given the brutal honesty with which I write on this blog, I wasn’t sure how my employer would view my posts.

The Big Disclosure at Work

So, it was with much fear and trepidation that I approached the chair of my department.  Going in, I had a lot of competing thoughts.

He could tell me that it would have to stay anonymous or to shut it down all together.  What if he said that it was a terrible idea?  How would the administration above him view my efforts?  What if I’ve been too honest?

…Then I sat down in the chair, and my worries were dismantled.  It was completely different than I anticipated.

After assuaging my fears, he not only told me that it was great that I had a blog – he encouraged me to make it non-anonymous.

He realized, what I had not, that (as long as I have a disclaimer saying that the views on this site are mine alone, which they are), this blog could be viewed as a good thing.  Hell, it might even be viewed positively by the institution if they have their thinking cap on.

To say I was on cloud 9 that day would be a vast understatement.  We talk a lot about how autonomy produces satisfaction at work.  On this day, my job satisfaction could not have been any higher.

That meeting gave me the motivation that I needed to reveal myself to the world.

This isn’t just a random day in February.  Something else also happened today. And, it’s big!

I’ve worked on this book for the past 9 months.  It has been written, re-written, revised, proof-read, and edited. I’ll probably write a post about the details of what went into writing the book for those that are interested, but suffice it to say it was a ton of work.

With that said, I have two very distinct projects going on right now.

The first is my in-person work at the academic hospital where I work studying personal finance in residents while we create a business of medicine curriculum with a few of my colleagues.  The second is The Physician Philosopher website.

It made sense at some point to make it obvious that these efforts had the same source.  Publishing the book seemed like the most appropriate time to do that.

So, while these efforts will remain separate and distinct, people will know my passion to teach our future doctors about this topic is genuine and real.

Who is The Physician Philosopher?

Without further ado, my name is Jimmy Turner.

Who am I? I’ve told you before, and it hasn’t changed! 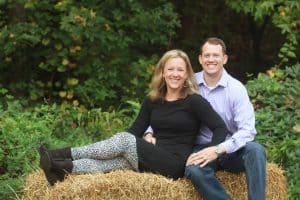 I am a God-fearing husband, father of three little philosophers, a son, a grandson, a brother, and a friend.  I am an author, inventor, blogger, passionate Wake Forest sports fan, and craft-beer lover.  During the day (and sometimes at night) I also happen to be a physician practicing academic anesthesiology at a level 1 tertiary medical center.

I am passionate about my main gig where I teach, perform clinical research, and try to practice the best medicine that I can.  That said, it will never define who I am as my identity is defined via the things listed in the paragraph above this.

Recognizing that I suffer from a bad case of imposter syndrome, I reveal my identity knowing that there is a good chance this could blow up in my face. Anyone who has ever been in this position wonders what people will think, what they will say, and how they will respond.

I suppose “it is what it is.”  Though, my wife always follows that comment up by saying, “Yes, but it will be what you make it.”

It Will Be What We Make It

The Physician Philosopher blog’s purpose will remain the same.  There will not be any drastic changes in the course we sail.

I may occasionally tone down the details of my financial updates, though I still intend to share how we are doing and to mention our accomplishments.

My hope has always been that our story will encourage others that they can accomplish their financial and life goals if they just make their decisions intentionally.

So, you can continue to count on:

For those that have known about this for some time now, I appreciate your support.   I know it can get tiring hearing me talk about the same things over and over.  Now, this conversation can be shared among many more people.

To the others who are just now learning who I am for the first time, I guess I should say that I am pleased to meet you.  I’m not perfect, and I don’t expect you to be either.

While I am no Clark Kent (or superman), I do the best that I can.  Hopefully, that will be enough for those who are willing to follow along!

What questions do you have?  Why haven’t you gone to check my book out yet? I’d love to hear from the community that I’ve grown to love.  Leave a comment below.