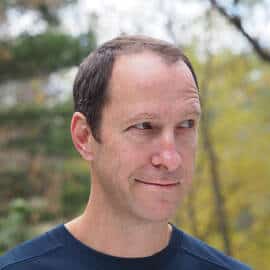 Editor: We may not be able to do a lot of traveling right now, but in the future when we are able to, wouldn’t you love to travel for free? Leif from Physician On FIRE was able to do just that. And he’s going to teach you how to do it too, the easy way, in today’s Saturday Selection! This post was originally published on Physician On FIRE.

I had no intentions of earning free travel on this particular day.

“We have a medical emergency on board. If you are a medical professional, please press your call button or alert the nearest flight attendant.”

I was a 31-year old newlywed heading to Alaska with my bride to start our honeymoon, 13 months removed from residency graduation. I pressed my button.

I happened to be sitting next to a nurse practitioner and an emergency physician was also on board. The three of us congregated towards the rear of the plane to find a startled, sheepish thirty-something male who had just come to after passing out.

The flight attendants opened the medical kit. We had an AED, some basic drugs, IV supplies, oxygen and tubing, and more.

Unsurprisingly, the AED confirmed a sinus rhythm (or at least confirmed a non-shockable rhythm), and his pulse was regular if not bounding. Our AMPLE history told us that he had no significant medical history, had been working in the hot sun, and he was carrying an engagement ring in his pocket.

The combination of dehydration and anxiety had likely led to a vasovagal incident causing a syncopal episode or fainting spell.

We had him drink some juice to boost his sugar just in case he was hypoglycemic and to help replenish his low-volume status. For the first time in my life, I started an IV at 37,000 feet. This was not the mile-high-club I was planning to join.

There happened to be room for the patient, me, and my wife up in First Class, where it was a bit easier to administer fluid. I gave him a liter of saline through the IV and he was feeling much better.

For the remainder of the flight, we enjoyed the perks of our first class upgrade, and were met with a pleasant surprise upon landing.

United Airlines was kind enough to reward both my wife and I with $600 vouchers redeemable for future travel. There are easier ways to earn free flights, as I’ll detail below, but this was my first time getting free travel money without volunteering to be bumped for a later flight. 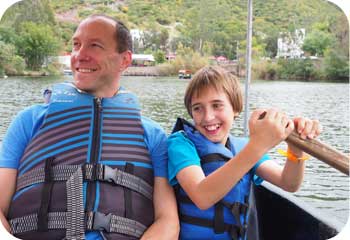 The Second Time I Answered The Call

Flying back to Minneapolis on a red-eye from Hawaii in early March of 2018, I woke up to a similar overhead call. “Is there a medical professional on board?”

On a plane with a couple hundred people leaving Hawaii, I doubt I was the only doc. I know for a fact from forum threads on the topic that some will wait to see if anyone else volunteers first. If I were a pathologist, I’d probably do the same.

But I was still an anesthesiologist, so I got right up to answer the call. It was a similar situation to the first. An older gentleman had lost consciousness, possibly with some jerking motion, and had been difficult to arouse.

I don’t recall the precise details — this was one of two “doctor on board” calls I would answer that week — but he came around, drank some juice, and planned to follow up with his primary care physician. There were some signs that this may have been a first seizure rather than a syncopal episode, but I remained with him and he had no further issues on the flight back.

This was an American Airlines flight. I swapped seats with the patient’s wife and stayed with him the rest of the way. Before we landed, a flight attendant took down all of my information and I was later granted 25,000 frequent flier miles, enough for one round trip flight to Central America and back.

Five days later, I’m flying back to Minneapolis again, this time from Salt Lake City after speaking at the inaugural WCICon in Park City, Utah. The flight attendant makes the familiar plea overhead.

A surgeon and I respond to a young woman who has fainted, aroused, and is feeling very light-headed again. This was a small, full plane with two seats on each side of the aisle. We laid our patient down in the aisle, administered oxygen, and were presented with the medical kit.

With no significant medical history, we determined that some IV fluids were in order. My surgeon friend was happy to give me the honors of starting the IV. There aren’t many things I can do better than a surgeon, but starting an IV in a dehydrated patient is one of them.

Despite the logistical challenges of a narrow aisle and nowhere to be but hovering awkwardly directly over our patient, I got an IV in her hand and gave her both 500 ml bags of saline the kit had over the remaining hour of the flight. She also stayed on oxygen and was feeling much better by the time we landed.

Like my other in-flight patients, she was the first off the plane and was met by local EMTs at the airport gate.

Delta airlines took down my information, including medical license info, and later sent me a voucher good for $150 for a flight within the next year. I didn’t fly Delta in the subsequent 12 months and the credit expired.

I had one last overhead call of this nature in 2020. While I was actually a retired anesthesiologist, having left my job nearly a year earlier, I did still carry an active medical license and hadn’t forgotten everything I’d learned.

The overhead page calling for a medical professional seemed to carry no urgency; the flight attendant’s voice was almost reluctant. In this case, a woman had lost consciousness after appearing to be inebriated and stumbling towards the restroom. I was able to arouse her and ascertain that she had no significant medical history. There was nothing else to do.

I was rewarded with a free bottle of water. I guess that’s something, as this was Frontier airlines, a budget carrier that would normally charge a passenger for that bottle of water.

The incidence of in-flight medical emergencies has been reported to be 1 in 150 flights. I had them happen on my flights twice in one week. I guess I was just “lucky.”

I feel truly lucky that the medical issues I encountered were really minor compared to what can happen. I’ve not encountered a prematurely-laboring mother, a heart attack or cardiac arrest, stroke, massive pulmonary embolism or any other potentially catastrophic diagnosis while traveling. I’ll take two faintings and a possibly post-ictal patient any day over one of those life-threatening emergencies.

The medical kits were decent. There are standards for what must be included.

All had everything necessary to start an IV and administer fluids in an aseptic fashion. There were emergency drugs and AEDs. I don’t recall seeing a glucometer, but I would guess multiple passengers would have them on board. The same is likely true of benzodiazepines if they were desired in the event of a seizing patient.

I was never asked for proof of my status as a medical physician. The two more recent times, I was asked for a medical license number after the event, but I don’t normally carry a wallet card, so I had to look up the info online.

There have been some notable incidents where physicians, usually female and of an ethnic minority, have been questioned when they volunteered as physicians to help under similar circumstances. It’s sad that I’m taken at my word as a white guy while others are not.

I’ve always been compensated with free travel for answering the call. I’ve heard from a number of other physicians who got nary a pat on the back.

How to Earn Free Travel the Easy Way

Delaying travel can be stressful, but I can assure you that it’s not likely as stressful as that minute between volunteering to help in an unknown medical emergency in an austere environment and the time you meet the patient.

When an airline asks for volunteers to take a later flight, you might want to wait for them to sweeten the deal. They will often up the ante several times after the initial announcement.

If flying out later that day, or even the next day, isn’t going to mess up your life, you can earn hundreds of dollars in vouchers for taking the bump.

I once took a bump on a flight from Detroit to Osaka, Japan. I ended up flying east instead of west, got a 5-hour layover in Amsterdam in which I ventured into the city by train, and was upgraded to first class for the leg from Amsterdam to Osaka.

I got in a few hours later than originally scheduled and was granted some DTW food vouchers for the concourse and a $750 voucher towards future flights, and I took full advantage of that airfare credit as a resident physician.

I don’t know how many bumps I’ve taken over the years, but my lifetime benefit from doing so is in the thousands of dollars.

Just kidding. I don’t often watch horror films, but when I do, I prefer the ones with hitchhikers.

If you’re not a physician eager to volunteer your services mid-flight and you don’t like to be inconvenienced by flight delays, fear not. There’s an easier way to earn free travel and anyone with a decent credit rating can do this a number of times. I certainly have!

Furthermore, every dollar you spend on these cards can be worth 1.5% to 2% or more in future travel. Some of them also have excellent travel perks.

You can review some of the best and limited time offers in more detail here,

If you are partial to a specific airline or like to earn points towards a particular hotel chain, co-branded cards can be a good companion card to use in certain situations. The welcome bonuses from meeting a minimum spend are often more than enough for a round-trip flight or a long weekend in a nice hotel.

I’m no longer a practicing physician, so there goes that source of free travel, and axe-wielding antagonists have severely depressed my odds of getting picked up roadside.

With ample time on my hands, taking a bump is more attractive than ever, but it’s not often they’re looking for four volunteers, and we’re typically traveling as a family now.

My recommendation? Take a bump when you can. But you’ll always have an opportunity to earn multiple free flights and hotel stays every year with travel rewards cards.