Chasing Markets Can Be a Poor Long-Term Investment Strategy

Editor: Performance chasing in the market is a pretty poor investment strategy. It may seem like the best idea to follow stocks when they’re doing great, but this can actually hurt your wealth. Read more to learn how chasing markets can be bad for you in the long-term in today’s Saturday Selection, originally posted on White Coat Investor.

Chasing Markets Can Be a Poor Long-Term Investment Strategy

Q. International stocks are doing really well, so I’m thinking about investing more money into them. What do you think?

A. I grew up playing ice hockey and continued to play in high school, college, and even now. Coaches often gave us the same advice that hockey legend Wayne Gretzky’s dad gave to him: “Skate to where the puck is going to be, not where it has been.”

Ice hockey is a fast-paced game where the participants are constantly moving, often at full speed, and the ability to read the play and get ahead of it is critical to success. In recent years, this quote has been pulled into the business world and is often used to encourage innovation, attempting to figure out what products consumers are going to want to buy in coming years. However, it can also be applied to individual investors and their portfolios.

Investors’ brains are wired such that the natural tendency is to invest money into asset classes that have done well in the recent past. Recency bias, as it is termed, is the human tendency to assume that recent trends will continue. When investors see that an investment asset class, such as international stocks or real estate, has done well recently, they assume that it will continue to do so. They not only keep their money invested in those classes, they also double down on the bet by investing more. They may even sell other assets that haven’t done as well to pile more money into that asset. Investors are truly skating to where the puck has already been.

The problem with this approach is that the various asset classes tend to go through cycles, and when an asset class has performed well, it may be more likely to do poorly than well in the near future. This comes down to valuations. This may be most easily understood by looking at a bond (ie, a loan to a company or government). As the value of the bond goes up, its yield—or how much you get paid per dollar of value—goes down and vice versa. Stocks and real estate properties work the same way: The less you pay for the asset, the higher your profits per dollar invested.

Performance Chasing Can Leave You Behind

The tendency to skate to where the puck has been in investing is called performance chasing, and it can be hazardous to your wealth. It is difficult to avoid because it is so natural to do. In addition, the financial media encourages this behavior by highlighting investments (and their purchasers) that have recently done well. This can be seen in newspapers like The Wall Street Journal, magazines such as Forbes and Money, and television stations such as CNBC. Even radio show gurus get in on the act, encouraging you to pick mutual funds primarily based on their past performance. Well, there’s a reason that mutual funds are legally required to tell you that past performance doesn’t indicate future performance—because it’s true!

Performance chasing causes investors to buy high and then sell low as they move their money into the new “hot” investment, repeating this flawed process. You don’t have to buy high and sell low very many times in your career to completely sabotage your retirement plans. As Warren Buffett has said, “When hamburgers go up in price, we weep. For most people, it’s the same with everything in life they will be buying—except stocks. When stocks go down and you can get more for your money, people don’t like them anymore.” 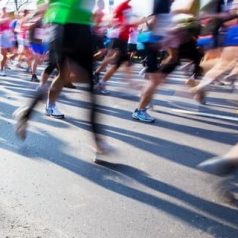 Performance is good. Chasing performance…not so much.

This tendency is easily displayed by looking at mutual fund cash flows. When stocks do poorly, people take money out of them, and when they do well, people invest more. Stock mutual fund cash flows were negative from late 2008 to 2012 before turning positive in 2013 to 2014, well after stocks had recovered from the bear market associated with the global financial crisis. Meanwhile, those investors who bought (or simply didn’t sell) at market lows were handsomely rewarded. Bond cash flows showed the opposite, with money coming in from 2008 to 2012, then out in 2013 to 2014. Herd mentality might help groups of animals in the wild avoid predators, but it doesn’t help investors achieve the returns they deserve. Most of the time, investors are rewarded most for their willingness to sit on their hands and follow a simple, boring written investment plan over decades.

Unfortunately, when it comes to investing, figuring out where the puck is going is just as hard to do as not skating to where it has been. Lots of self-styled “contrarians” think that just avoiding the crowds will lead to investing success, and they wander off into areas of the market that never have, and never will, perform well. To make matters even more confusing, markets do exhibit “momentum” to a certain extent. That is, something that performed well recently continues to perform well not because of any underlying economic fundamentals but simply because it has done well recently and investors are still piling into it, chasing performance.

It turns out that the winning strategy, returning to our analogy at the ice rink, is to get the players on your team to play their positions. By doing that, no matter where on the ice the puck goes, you have a player nearby to pick up the puck. The way you get your investing “players” to play their positions is by developing a written investment plan where a certain percentage of the portfolio is dedicated to a given type of investment.

In any given year, the best asset class may be stocks, bonds, or real estate. No matter what happens, your portfolio, if adequately funded, will perform well enough over your career to reach your investing goals, allowing you to sleep well at night. If you find yourself wanting to skate to where the puck has already been, go back to your written investment plan to help you stay the course.

If you don’t yet have a written investment plan, you need to write one. You can DIY your own plan if you’re a hobbyist that enjoys reading and sorting through a lot of blog posts and good financial books. For those that don’t have that kind of time or don’t really enjoy this stuff, I’ve put together, Fire Your Financial Advisor! A Step By Step Guide to Creating Your Own Financial Plan.  I created this course to be the cheapest and quickest way possible to get the job done.  For folks that want a little more hand-holding, the best option is with the assistance of a competent, fairly priced advisor.

What do you think? Have you spent time chasing performance? What was your experience? Has a written investment plan helped you stay the course instead of selling low and buying high? Comment below!